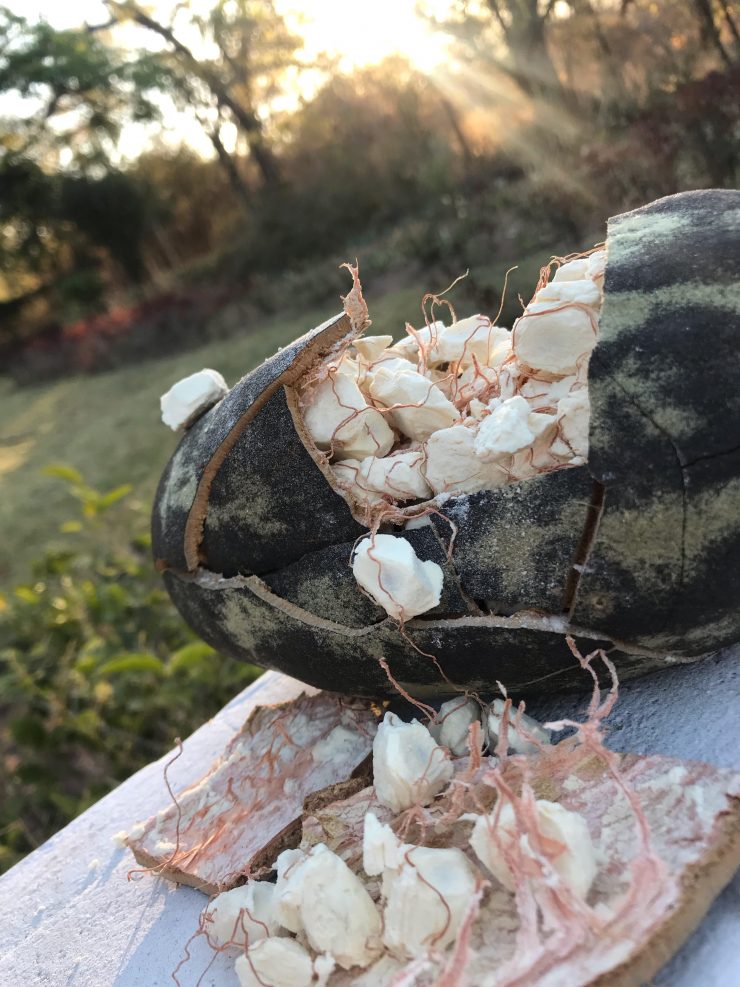 I had heard alot about the Baobab tree before but i didnt know it was a tree that could produce fruit. All the pictures i have ever seen on a baobab tree and the trees i have seen the lasts months looks like this… 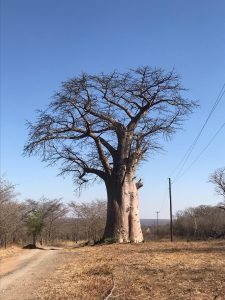 On one of my towntrips to Livingstone a couple months ago i went to the local market” Maramba” before i went back to the farm and i found this strange, goofy and fun looking fruit in front of one of the ladies sitting on the ground selling her stuff. I asked her what it was and i got a local name, she didnt know the english name for it. I bought it but i didnt know what i bought until i asked my boss mum a couple of days later and thats when i came to know that the baobab tree grows fruits. Cool! 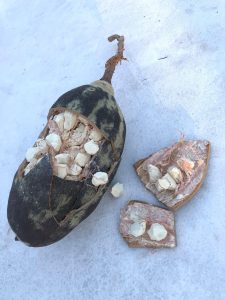 I didnt open it for months and when i finally did i was quite surprised by the content. Lots and lots of seeds covered in a dry white super sour powder. My first thought was juice…somehow…hmmm.

I took the seeds out and left them to soak in water for 24 hours. When i took them out i was able to squeeze most of the “white stuff” of the black seeds. 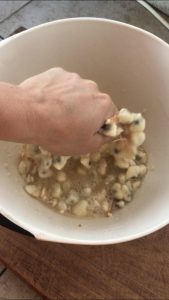 After that i squeezed the last “juice out of them by pressing them against the bottom of the “strainer”. Threw the seeds and the brown “threads” away. 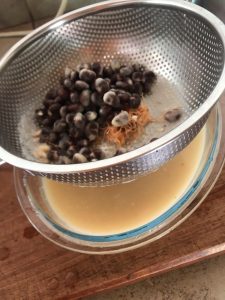 Pored the liquid into a food processor to mix the thick juice with honey, water and mynth. The amount of honey and mynth depends on how sour the juice is and how sweet and how much mynth flavour you want. 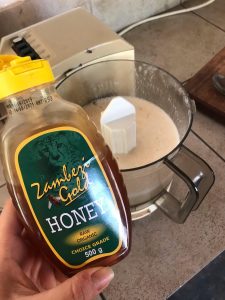 My mynth flavour came from dried mynth. I boiled water up and used around 3-4 tablespoons of it, then i put alot of dried “hand grounded” mynth in the water and left it there during the rest of the process (i did this before doing anything else). Strained the mynth water and used the “juice” from it to flavour the baobab juice together with the honey. 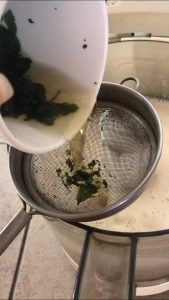 Process on full effect for about 1 min, taste it and add more flavour if needed. After finishing mixing leave it in the processor for a couple of minutes to get rid of some of the “foam” before you pour it into bottles.

The juice can stay fresh in the fridge for 2-3 days. 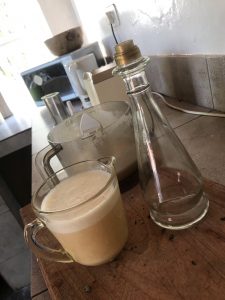 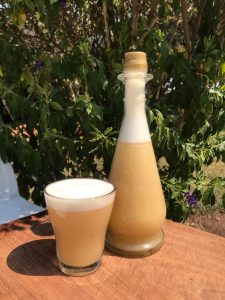 Akilah was also super curious about the fruits content… 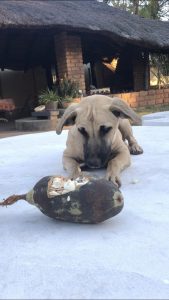